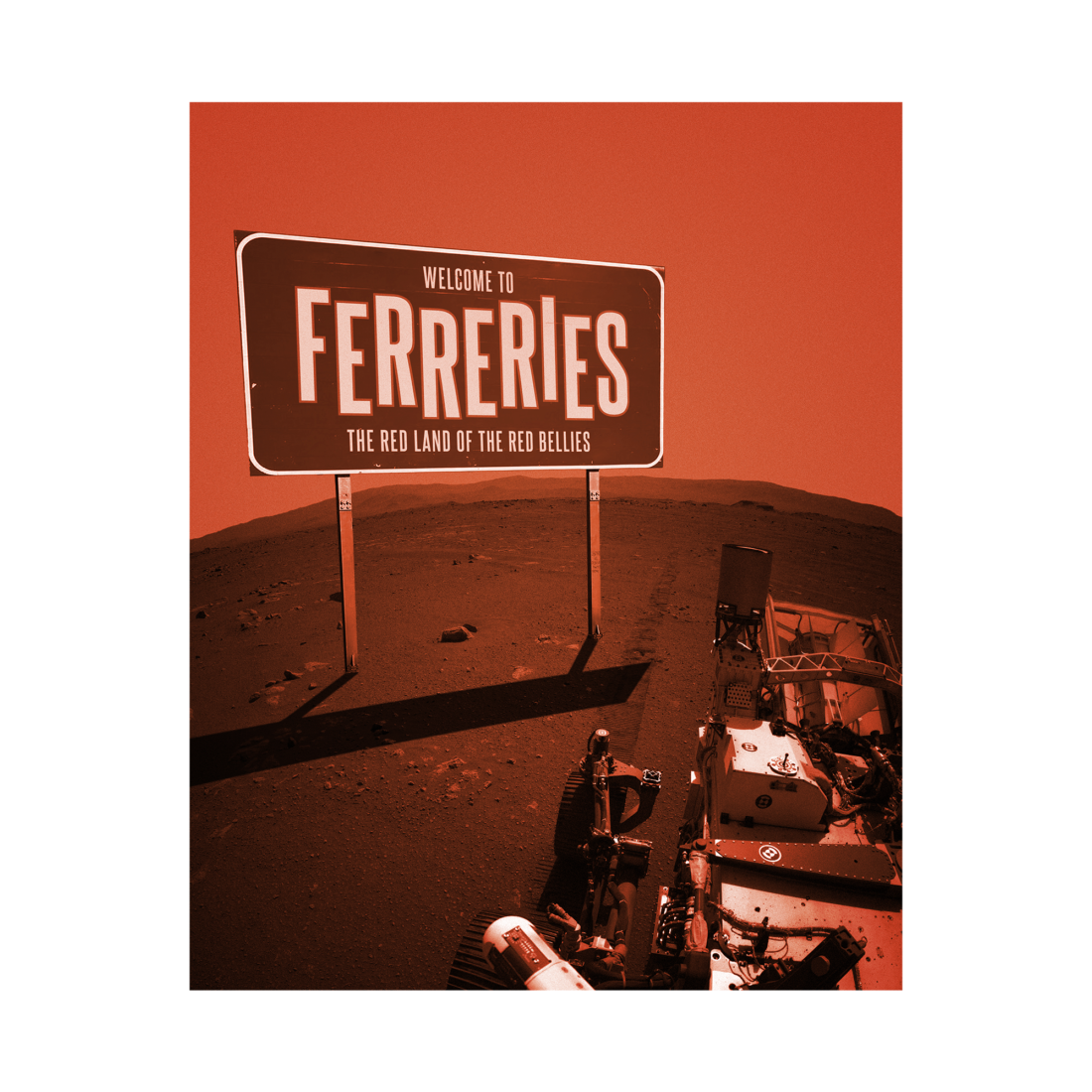 OUR PARTICULAR JOURNEY TO MARS

Red is our color. The “Terra Rotja” (Red Land). “Panxa Rotja” (Red belly). The red cotton stone that slabs much of the Tramuntana region of Ferreries. Or clay of this color a mixture of oxide and blood from ancestral animals that soiled our bellies and feeds from the sun the fertile fields of Siberian. The south is sweet. The north is wild. We have no east or west sea. When the Americans wanted to install their tropospheric wave radars they chose red. From “Sa Torre” they only wanted to cover the ships that were trying to reach the Moon. They became obsolete and are part of our skyline. Now they wanted to get further but through unmanned ships. Is there water on Mars? Would red dust become the main colonizing difficulty? Will we expand our universe and find refuge in the event of a massive destruction of the Earth as things go down here? We do not know. We have only received photographs. Scientific information. Or this illustration by Albert Mir that ironically captures our exploratory dreams. Spring has arrived on Earth. Will the flowers bloom on Mars one day?