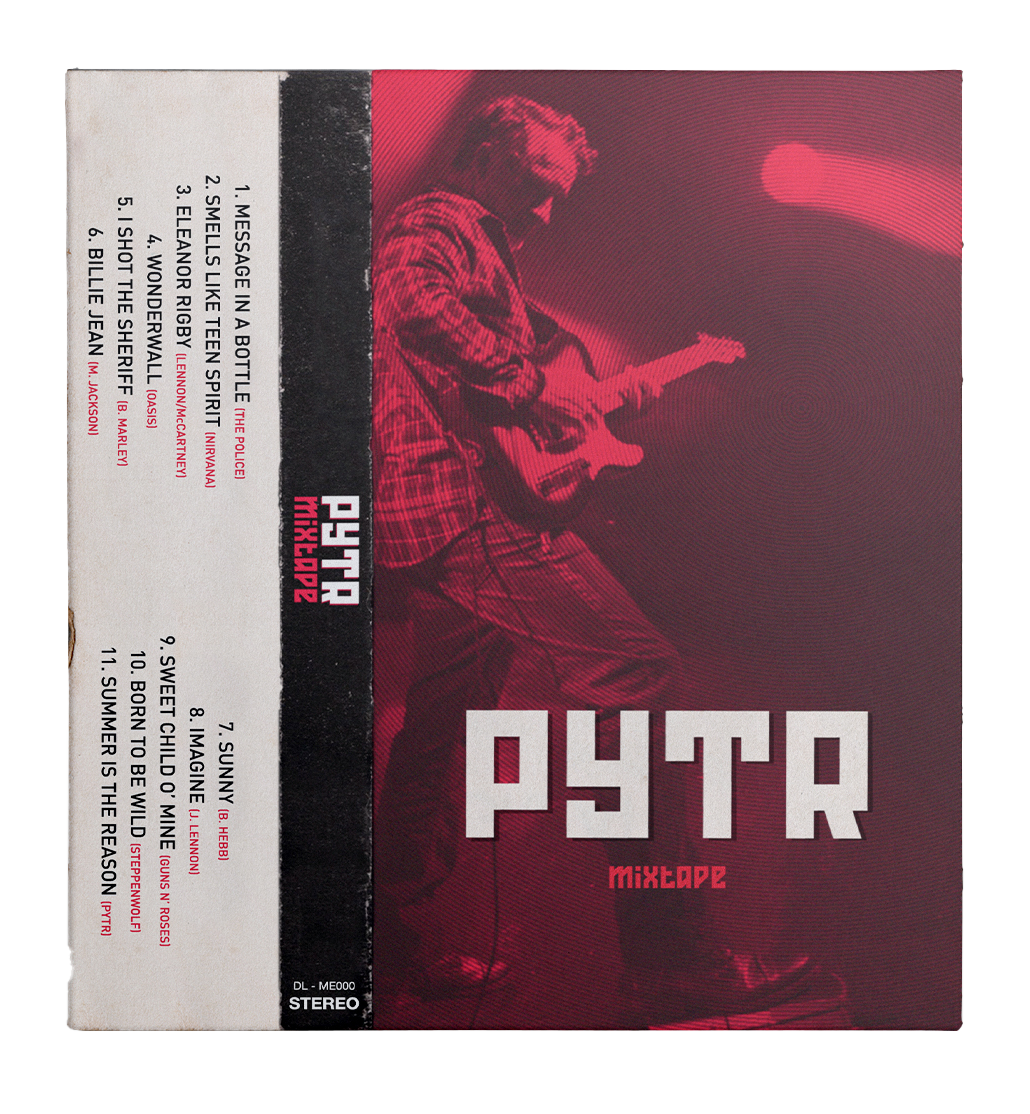 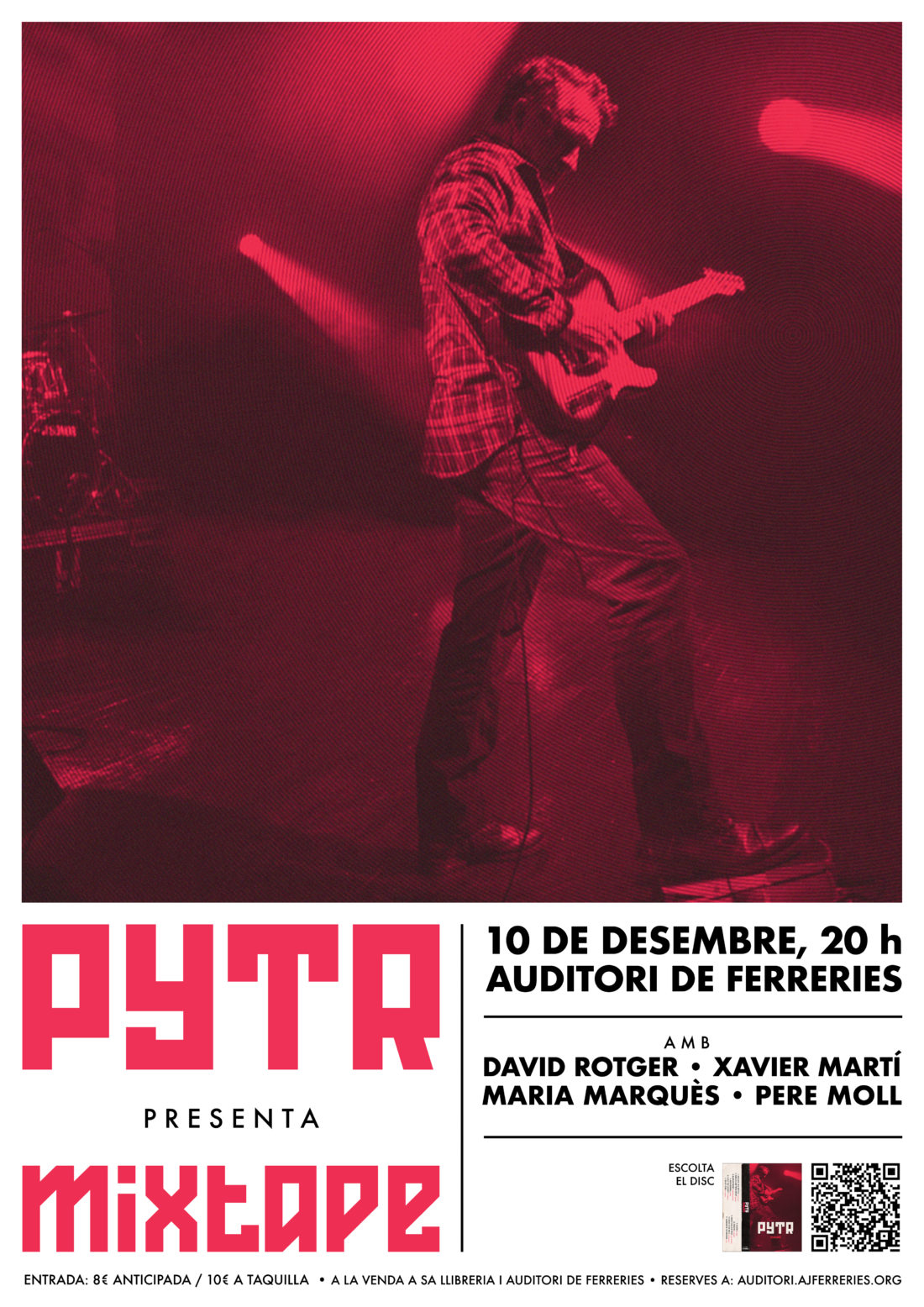 The album is a compilation of international por-rock classics, revised and reversed by Pytr, who suggested me to do something with the idea of ​​the cassette as the main image. Hence my proposal: “The record should be called ‘Mixtape’ and it will be the cover of the cassette unfolded. He liked the idea.

Later, I design the poster for the live presentation and some visuals for the concert .