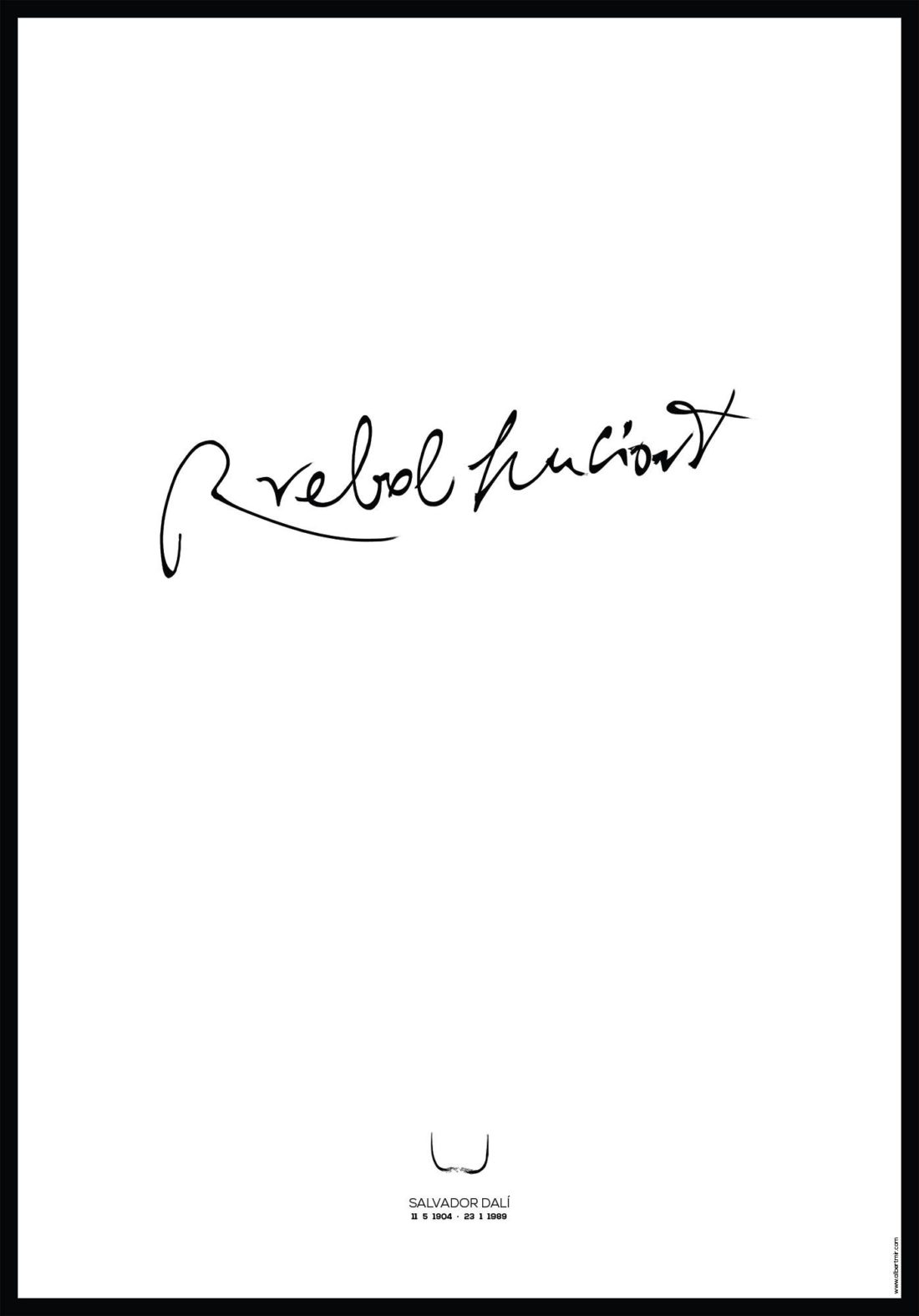 Poster to honor the figure of Salvador Dalí on the anniversary of his death.

Rrebholuciont is how the painter believed that the word Revolución had to be written according to the connotations and sensations that the same word caused him.

The word is written with the same letter by Dalí, extracted from different manuscripts.